Northwest Beach Volleyball now offers a variety of delicious meals at our events catered by Larry's BBQ.  Check out who is cookin' and what's on the menu!

These are our confirmed dates for tournaments. Schedule is subject to change based on registrations.

All tournaments are Doubles unless otherwise indicated.

In general, USAV events will follow the same age groups as indoor USAV season (based on how old you are July 1, 2022).

AVP America and AAU events will use the traditional September 1 age groups (based on how old you will be on September 1, 2022) What you need before you register:

All tournaments are held at the NW Juniors Beach Facility (Bottega)

NW Juniors Beach club will again host our very popular Junior Beach Series. Every participant in a Beach Series event will receive a NW Beach Series shirt the first time the play in one of our four series tournaments. All of the tournaments are AVP America events and players can earn bids and points towards National Championship events. But, beyond the National implications of our tournaments, each tournament in our series will be it's own "event" where players can play for prizes in multiple age groups and divisions. These tournaments are for players of all levels.  Players will earn points based on how they finish. Number of events played and how high you finish will determine your points.

Our Beach Series Final tournament is TBA for 2022 (If we host, it will be after Seaside).  If hosted, these will be our parameters:

All tournaments will be part of the AVP America Series, so they will need an AVP Silver or Gold Membership to participate.

Each event will  be a 1-star Event and earn bids toward AVP Championship Events.

There are a lot of changes happening on the beach this summer and we will be directly involved in hosting events on multiple platforms.

We want to make it clear that while many of the events carry a "qualifier" nature to them, they are all open to anyone at any skill level. There is usually room for at least 12 teams at any age group (and up to 36 in some) so that brings a wide range of skill levels and goals. If you are just getting started on the beach, don't let the "qualifier" nature keep you from entering. In some cases we will also offer a  Novice division in our Queen of the Beach events to encourage those new to beach volleyball to participate. Every tournament is it's own opportunity for you (and your partner) to improve on the beach. Play in as many as your schedule allows!

See document below for additional information

Be sure to check the program page for which membership is required for your event.

**Beach Tournaments are primarily AVP; but they can be USAV or AAU.

**USAV  2022 Tournaments are sanctioned by PSR-USAV - ALL Players must bring the following with them the day of the tournament INCLUDING NW Juniors Indoor Club Members:

Tournament Cancellation and Changes Policy:  A full refund less $10 admin fee will be refunded without question if the request is made 7 days prior to the event; after that no refund will be issued. Requests for refunds for medical reasons must be accompanied by a signed excuse from your physician. No exceptions.

A $10 change fee will be required to change from one event to another.  Change requests must be made 7 days prior to the event.  If a player is asked to leave due to disciplinary reasons, fees are not refundable.

Rarely do we cancel tournaments, but in the event we do cancel due to weather a full refund will be issued.

All cancellations or changes must be put in writing and e-mailed to info@nwvolleyball.com 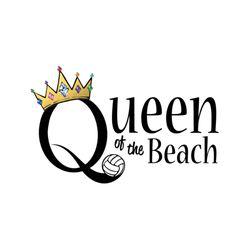 Enter these events as an individual. Play several games with and against other individuals. This year, you will enter a division by your experience level:

We will set limits for each division as we get closer to each tournament.

The top player is named Queen of the Beach or King of the Beach because somewhere along they way they might have to: Play right or left side; make a weak player stronger; figure out how to beat a better player on the other side of the net with their partner that they have never played with; Adjust, think, problem-solve, win.

Your safety is our priority, so no player should attend if they feel sick or have a temperature of 100.4F or higher. Please take your temperature before leaving your house for the tournament.

We ask that you read and fully understand our onsite protocols.

For specific and up to date information, see our dedicated page for Covid19 related: https://www.nwvolleyball.com/covid19-related

"Phase 3: - Indoor and outdoor training, practices and competitions allowed for low, moderate, and high contact sports, with universal mask requirements for all participants including athletes, officials, coaches, volunteers and spectators..."

"Phase 3 Protocols for training and tournaments"

Moderate contact outdoor sports athletes allowed to remove facial coverings for competitions. Facial coverings must be worn by athletes when training or when not actively competing in a game or match against another team or when on the bench waiting to play. Coaches, trainers, and officials must wear face coverings at all times.